Alberto Manzi was one of the most famous Italian teachers in the last decades, mainly known for having conducted the successful television show “Non è mai troppo tardi” (It’s Never Too Late) between 1960 and 1968, which managed to get literacy teaching to almost a million and a half Italians, and was later reproduced abroad in 72 countries.

Manzi used to conceive the scholastic class as a “laboratory” for the formation of concepts; the principles that guide his activity were:
– continuously feeding the curiosity that bring children to want to know new things;
– assuming that children sometimes know about a certain topic and to start from it for the didactic action;
– using dialogues and discussions more than frontal lessons.

Throughout his entire career as a simple elementary teacher he always showed a special interest in radio and television, which he considered suggestive communication means. In radio he conducted “La radio per le scuole” (Radio for schools) untill 1996 when he started “Curiosità della lingua italiana” (Curiosities on the Italian language). For TV, we already mentioned the famous “Non è mai troppo tardi”, but he also conceived and conducted “Snip-snap” (1962), “È vero che?” (Is it true that?, 1966), “A vele spiegate” (With unfolded sails, 1967), “Non vivere copia” (Don’t live as a copy, 1982), “Fare e disfare” (Doing and Undoing), “Educare a pensare” (Educating to Think, 1986).

The latest television show by Manzi is “Impariamo insieme”, broadcasted in 1992 and aimed at teaching Italian to non-EU citizens.
Organized by the Education Department of RAI (Italian radio-television), the immigrants to whom the show was addressed have learned 300 words of the Italian language, through 60 episodes of 15 minutes each, dealing with 5 different daily topics: food, human body and national health service, Italian institutions, home and the urban environment, and clothing.
It was a precious opportunity to make immigrants feel less excluded from our social context because of communicative incapacity.
Manzi was also convinced that “Impariamo insieme” could also be useful to Italians themselves who would then realized how difficult it is for foreign citizens to express themselves and to be understood in an unknown language.

“Together to learn to communicate with each other (read – write) to know the world where we live, the people we live with, abandoning the mental passivity of the television viewer …” wrote Manzi in the project proposal for RAI.
Unfortunately, the program did not succeed, probably because of the scheduling at lunch time, a moment when immigrants in need to work could unlikely watch TV. It was the last television project of Alberto Manzi. 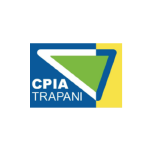